The Burra event is the largest earthquake to have occurred near Adelaide in the past decade. People felt shaking in Adelaide office and apartment buildings, as well as in the Adelaide Hills, the Yorke Peninsula and southern Barossa, but it is not known to have caused any damage.  Maps of estimated peak acceleration and Modified Mercalli Intensity are shown in Figures 3 and 4 respectively.

The distance between the three events spans about 85 km, and they presumably occurred over a segment of the western range front of the Flinders Ranges. One segment of the range front, formed by the Wilkatana fault (Quigley et al., 2006), is shown on the right side of Figure 1. The occurrence of the three events close in time suggests that they are related to a large scale disturbance in the stress field on the range front faults, because individually the dimensions of the fault ruptures (about 1 km for the Burra earthquake and 200 m for the two smaller events) is much less than their overall separation of 85 km, so they are unlikely to have influenced each other.

There is no indication that a larger earthquake is about to occur, but if a 100 km length of the western range front of the Flinders Ranges were to rupture, it would have a magnitude of about Mw 7.3. Repeated large earthquakes on both sides of the range fronts have raised the Flinders Ranges and Mt Lofty Ranges by several hundred metres over the past several million years (Sandiford, 2003; Figures 2 and 5).

Until the occurrence of the 1989 Newcastle earthquake, the 28 February 1954 Adelaide earthquake (left side of Figure 5) was Australia’s most damaging earthquake.  Its estimated magnitude has varied between 5.6 and 5.4 until the release of the 2018 National Seismic Hazard Assessment (NSHA18) by Geoscience Australia (Allen et al., 2019). As part of that assessment, the local magnitudes ML in the Australian earthquake catalogue were revised and converted to moment magnitude Mw (Allen et al., 2018).  On average across Australia, this resulted in a reduction of 0.3 magnitude units, but the magnitude of the 1954 Adelaide earthquake was reduced much more, to a moment magnitude Mw of 4.79.

The 1954 Adelaide earthquake is thought to have occurred on the Eden-Burnside fault that lies just east of Adelaide. As shown on the right side of Figure 5, the Eden-Burnside fault is one of several faults on the western flank of the Mt Lofty Ranges that are uplifting the ranges. No lives were lost in the 1954 Adelaide earthquake and there were only three recorded injuries. Many houses were cracked, and heavy pieces of masonry fell from parapets and tall buildings in the city. One of Adelaide’s earliest buildings, the Victoria Hotel, partially collapsed. Other major buildings that were severely damaged included St Francis Xavier Cathedral, the Adelaide Post Office clock tower and a newly completed hospital in Blackwood, which sustained major damage to its wards and offices.

Risk Frontiers (2016) estimated the impact of a magnitude 5.6 scenario earthquake on the Eden-Burnside fault based on the 1954 Adelaide earthquake, and found the scenario’s losses to be much larger than the adjusted historical losses for the 1954 earthquake. With the revision of the magnitude of the 1954 Adelaide from 5.6 to 4.79, we now understand the cause of the large discrepancy in losses.

Risk Frontiers (2016). What if a large earthquake hit Adelaide? https://www.bnhcrc.com.au/news/2016/what-if-large-earthquake-hit-adelaide 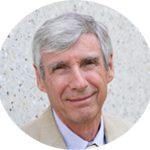 Want to Learn More About Our
Natural Catastrophe Modelling?

Risk Frontiers specialises in the risk management of natural disasters including catastrophe loss modelling and resilience.