An unprecedented heat dome trapped hot air over much of southern British Columbia, Canada and Oregon and Washington in the United States, in the week of June 25 – July 1, causing widespread temperature anomalies of over 20 degrees and over 500 excess deaths (see our Briefing Note here). Two weeks later, parts of northwest Europe experienced some of the worst flooding in living memory and at least 170 deaths (at the time of writing).

The Ahr River, a tributary of the Rhine in western Germany, was a major source of fluvial flooding. Post-event images illustrate the extreme scale of the flooding. Flood levels reached 8 m in areas, with the previous flood of record reaching only 3.7 m (Stefan Geisen, KPMG, pers comms). Discharge in the Meuse River – which flows through the Netherlands, Belgium, Luxembourg, and France – exceeded 3,000 m3/s, which has only happened twice, in December 1925 and December 1993, since measurements began in 1911 (Simone de Kleermaeker, Deltares, pers. comms). For such a high flow to occur during summer is highly unusual, with the former maximum summer discharge of the Meuse being 2,100 m3/s. Potential insured losses of the flooding may reach up to EUR 5 billion by some estimates (Insurance Insider, 2021). Within the same week, to the north, Northern Ireland experienced its hottest day on record (31.2 °C), and the UK issued its first Extreme Heat alert for the south-west region of England and Wales.

Barely a week later, extreme flooding occurred in the central Chinese city of Zhengzhou, Henan province. Over a three-day period, 617 mm of rain fell in Zhengzhou, a level seen only ‘once in a thousand years’ according to the Zhengzhou weather bureau (Reuters, 2021). Around 100,000 people were evacuated, and widespread flooding and economic disruption ensued (Figure 2). Henan province is home to the world’s biggest production base for iPhones and a major hub for food production and heavy industry (Bloomberg, 2021). Just days before the devastating floods, Henan province endured heatwaves that swept across several industrial regions, threatening power outages.

Interconnected disasters and the jet stream

While separated thousands of kilometres and several weeks apart, the North American heatwave, European and Chinese floods were driven by the same causal mechanism – incursions of the pan-hemispheric Rossby wave, or jet stream.

Around the mid-latitudes of the northern hemisphere, weather systems – both dry and wet – are carried along by the jet stream, a current of fast-flowing air in the lower atmosphere. The jet stream is a type of Rossby or planetary wave (which are also found in the ocean as well as the atmosphere).

The jet stream generally keeps a steady flow of weather moving across the mid-latitudes. This means that any low-pressure system – or intervening high-pressure system that brings clear, fine and sunny conditions – will generally only be kept in place for several days before transitioning to the next system.

However, sometimes weather systems can get stuck in place for an extended period of time. This is known as “blocking”. Across the Northern Hemisphere mid-latitudes (encompassing much of North America, Northwest Europe and Central China), blocking can occur when the jet stream becomes highly sinuous and “traps” a weather cell in place, keeping it in position for days to weeks. High sinuosity of the jet stream can also draw weather into an area from different latitudes that is highly unusual for that location (Figure 3).

How are the Chinese and European floods and North American heatwave connected?

Figure 4 illustrates the eastward progression of the northern hemisphere longwave pattern over a two-week period from the 27th of June to the 14th of July. The top panel shows a high amplitude wave over western Canada, this pattern is known as an Omega block, due to the shape of the wave resembling the Greek letter omega (Ω). Omega blocks consist of a strong high-pressure system with low pressure systems to the east and west. They can be quite persistent and cause heavy rain and flooding in locations under the low-pressure systems, and heatwave conditions in locations under the blocking high. In this case the Omega block was the primary driver of the Western Canada heatwave.

Over the following two-week period this Rossby wave progressed eastward until the 14th of July at which time it was situated to the west of Europe. The trough to the east of the Rossby wave was the primary driver of flooding in Western Europe. Figure 5 shows the long wave pattern over Europe. In this case the anticyclonic circulation around the trough is advecting warm moisture-laden air from the Mediterranean into Western Europe.

Over the past month a slowing of the Northern hemisphere jet has resulted in a more meridional circulation with higher amplitude Rossby waves. As these waves progress from west to east they are driving extreme weather events across the northern hemisphere continents. This same perturbation in the longwave pattern is now over China and is likely to have contributed to the extreme flooding in Henan province.

The importance of peril correlation and compound disasters

The North American heatwave and European and Chinese floods highlight the importance of incorporating the physical relationships and natural correlations that exist between weather extremes. Risk assessments have typically treated weather extremes as independent events, uncorrelated in space and time, either across different types of extremes in a given location or for a given extreme occurring in different locations. In doing so, there is the potential for impacts (or losses, in dollar terms) to be underestimated and the resilience to compound disasters to be lacking.

Catastrophe loss (CAT) models are decision support tools used widely within the (re)insurance industry for natural peril pricing and aggregate exposure management, and more recently across the private and public sector to understand the financial impacts of physical climate risks.

Risk Frontiers continues to develop a fully correlated Australia hazard event set across all weather-related CAT models which include flood, fire, tropical cyclone, and hail. The intention is to better capture the year-on-year variability of modelled losses by coupling or de-coupling peril occurrence in any given year.

The latest series of events in the Northern Hemisphere highlights that the correlation and compounding potential between individual climate hazards remains an important but under-represented aspect of climate risk assessment and peril pricing.

The role of Arctic warming

This briefing note will be followed by a synopsis on the potential role of climate change and Arctic warming on the occurrence of extreme weather patterns induced by the jet stream. This assessment is being prepared by Risk Frontiers and the Australian Research Council Centre of Excellence for Climate Extremes (CLEX) of which Risk Frontiers is a Partner Organisation.

For a copy of this article, or more information on Risk Frontiers’ natural hazard and physical climate risk modelling services, or our recent research into compound disasters, please contact info@riskfrontiers.com.

Click here to view pdf version of this briefing note 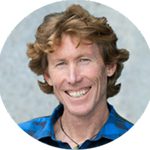 Stuart is Risk Frontiers' Climate Risk Scientist, with extensive experience studying the weather and climate in Australian and the Asia-Pacific region. His focus is to understand the large-scale climatic drivers of extreme weather events to better quantify risk over seasonal to multi-decadal timescales, using reanalysis data, model simulations, and paleoclimate records.

Want to Learn More About Our
Natural Catastrophe Modelling?

Risk Frontiers specialises in the risk management of natural disasters including catastrophe loss modelling and resilience.